13 getaways for the adventure seeker 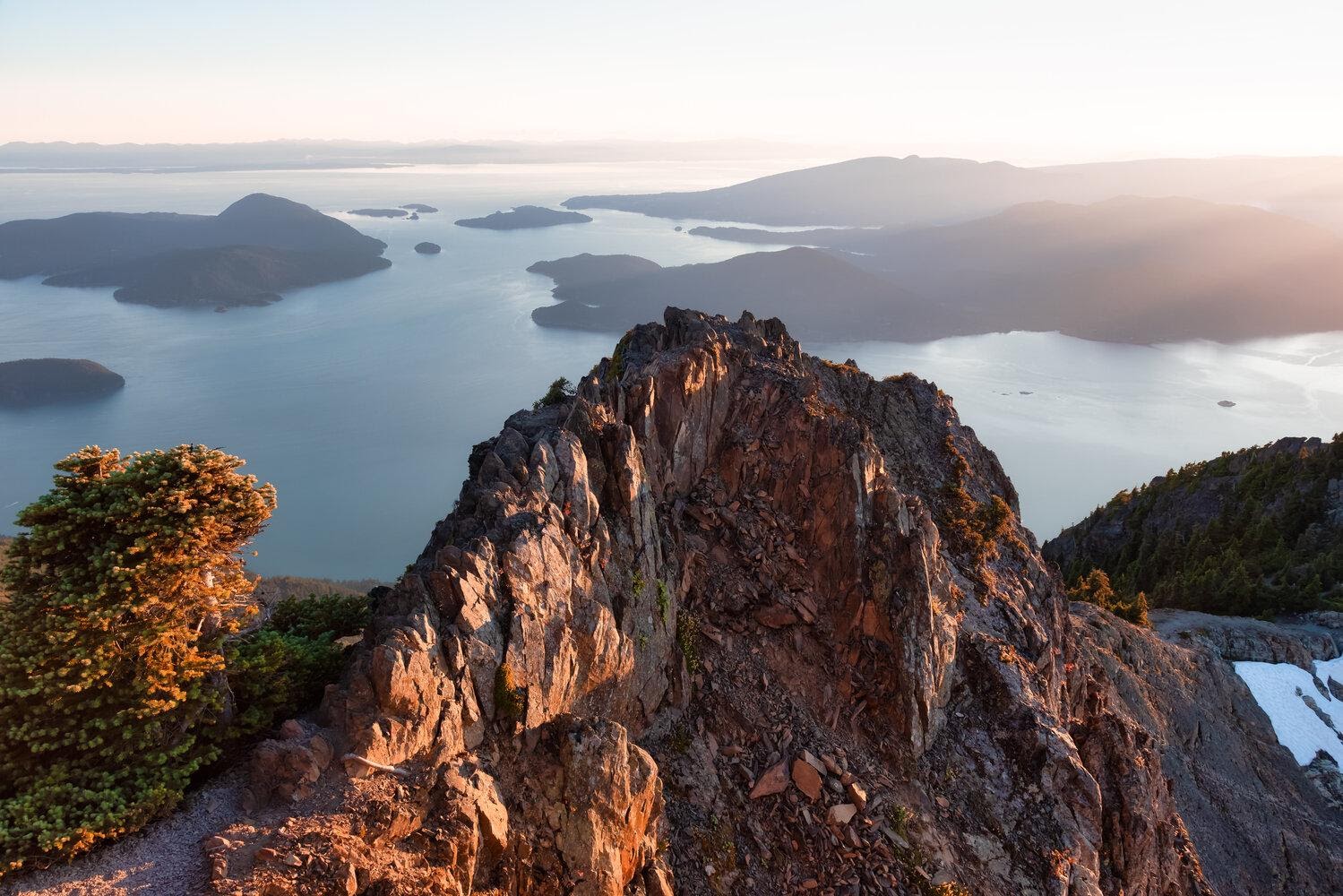 For outdoor enthusiasts and adventure seekers, Canada is an absolute must-see destination. The country has a small population but a large amount of land to explore, with never-ending unspoiled wilderness and magnificent views.

Air Tunilik, which was created in 2002, is proud to be Quebec’s largest bush aviation company for seaplane tours. Because of our seaplane fleet, extensive hydrobase network, and experience in the area, we are the informed choice for your air transportation needs. We specialize in seaplane and ski plane charter for air transportation around Quebec. It is our pleasure to assist you with the logistics wherever you are.

Our seaplanes can take you over some of Quebec’s most beautiful ecosystems and mountains. All of our seaplane bases in the province, including Natashquan, Havre St-Pierre, Manic 5, Caniapiscau, and Sept-Îles, offer scenic flight services. During the summer and fall, take a seaplane tour of Quebec’s most remote regions. Summer’s spectacle and pleasant weather, as well as the colors of winter, can all be enjoyed from above.

We also offer other services via our seaplane network such as:

Due to the significant snowfall received in this northern region, Canada is known for its numerous ski resorts and slopes, which are open for more than half of the year. Whistler Blackcomb, in British Columbia, is one of the top ski resorts in North America, and it held a number of events during the 2010 Winter Olympics. Meanwhile, Banff and Lake Louise are easy day trips from Calgary, Alberta, and Mont-Tremblant is a magnificent winter mountain resort 90 minutes north of Montreal, Quebec.

Whistler was the official mountain resort for the 2010 Olympic Winter Games, and the slopes are still available for skiing and snowboarding. Whistler Blackcomb is one of the top ski resorts in North America. There are trails for everyone from beginners to experts, with approximately 200 named slopes and the biggest vertical drop (5,278 feet) of any ski field on the continent.

Apart from skiing, Whistler offers opportunities for ziplining, hiking, and kayaking. Whistler is only a two-hour drive from Vancouver, making it an excellent addition to any trip there.

3. Road Trip through the Icefields Parkway

The Icefields Parkway connects Banff and Jasper (or vice versa) for the greatest Alberta road vacation. This is one of the top road journeys in the world, according to National Geographic! Prepare to be amazed if this is your first visit to Canada! You’ll see old glaciers, flowing waterfalls, and emerald lakes surrounded by woods as you adventure travel. Lake Louise, Athabasca Falls, and the Columbia Icefield are just a few of the attractions along the journey.

If that isn’t enough to entice your eyes, the area is home to over 53 different species of wildlife, including bears, bighorn sheep, mountain goats, and elk. Banff and Jasper are two of Canada’s must-see destinations, and the Icefields Parkway is the best way to get there.

Although dog sledding is more of a recreational activity than a form of transportation, it is nonetheless a terrific and entertaining way to see and learn about Canada’s magnificent terrain. Many of the dogs are well-cared for, but you should do your own research before signing up for a tour to check that the animals are handled with compassion and care.

Dog-sledding tours are available in several provinces and territories and can last anywhere from a few hours to several days. There are a few dog-sledding opportunities in Newfoundland and Labrador, mainly in the Happy Valley-Goose Bay area. However, because the industry is in decline, you won’t have as many opportunities as you did previously.

In Alberta, dog sledding is popular, particularly in popular tourist destinations such as Calgary, Lake Louise, Banff, and Jasper. This is a memorable dog-sledding location because of the breathtaking Alberta scenery. Quebec is also an excellent destination for dog sledding, with trips offered in nearly every region. Because there are so many options, it’s a simple add-on to nearby popular locations like Quebec City, Montreal, and Mont Tremblant.

While dog sledding is available all around Ontario, the majority of tour groups visit the Explorer’s Edge area between Ottawa and Toronto (which encompasses Muskoka, Algonquin, Parry Sound, and more). Dog sledding is usually assumed to be limited to the far north, yet this is a beautiful and relatively accessible location to experience the sport.

Try your luck in Jasper National Park. The park is not only one of Alberta’s most gorgeous places to visit, but it’s also one of the world’s largest dark sky preserves, meaning there’s no artificial light to spoil the view. September until mid-May is the greatest period to see the aurora borealis. Jasper National Park conducts a dark sky festival in mid-October, where people can come see the beautiful sky and take part in hands-on science and astronomy events.

Even in Canada’s largest metropolis, you don’t have to travel far to get back to nature. Algonquin Park is only a few hours away from Toronto. The beautiful park, which spans 3,080 square miles of the Canadian Shield, is home to lakes, rivers, woods, and a diverse wildlife population.

With over 990 miles of canoe routes that traverse lakes, streams, and portage paths, Algonquin Park is one of the best places in Canada to go canoeing. Multi-day backcountry canoe journeys are feasible in the park, allowing you to completely immerse yourself in nature. Algonquin is an excellent place to watch Canadian animals, especially moose, which are plentiful in the area.

Torngat Mountains National Park and the experiences available along Labrador’s picturesque but harsh and mountainous shore, which includes ancient rocks 3.8+ billion years old, aren’t well-known. The destination deserves to be near the top of your wish list. Visits to the distant park have surged since it became the country’s 42nd national park, partly to the allure of spending time with Inuit elders who call the untouched environment home.

Consider a wide area where polar bears rule over a hazardous yet magnificently gorgeous landscape. It’s a breathtaking sight to witness, surrounded by 3,000-foot sheer cliffs, stunning fjords, rolling green meadows, and wild seas full of gigantic icebergs. Adventurers stay at a base camp that connects to a spiritual location. The Torngats offer a once-in-a-lifetime maritime adventure. Visitors can explore nearby islands, fish for char, trek for views, and perhaps even learn to throat sing while taking in the huge tree-free splendor.

The West Coast of Canada has some of the most beautiful scenery in the country. Much of it, thankfully, has been conserved. Pacific Rim National Park, including the famous West Coast Trail, a 75-kilometer (47-mile) hike through forests, bogs, up and down ladders, through rugged and sandy shoreline. A brief boat journey or cable car ride is required at several spots.

The week-long walk is not for the faint of heart; physical strength and stamina are required. Because you will likely see few people on your walk, everything you need, from supplies to meals, should be carried on your back.

By renting a room at the Quebec Ice Hotel, you can experience something like no other. As the temperatures drop in January, this arctic shelter is rebuilt each year. Your adventure begins with a drink in the bar, which, like the rest of this frozen architectural wonder, is made entirely of ice.

The temperature in the hotel is between -3 and -5 degrees Celsius. Guests are invited to relax in the outdoor hot tubs and sauna before retiring for the night. Finally, nestle yourself into your solid ice bed for a restful night’s sleep.

Jumping 150 feet from a bridge with nothing but a long elastic cord linked to your ankle definitely qualifies as extreme. Although Canada does not claim ownership of bungee jumping, it does have some excellent locations, including this one in British Columbia. The bungee jump at WildPlay Elements Park in Nanaimo, British Columbia, encourages brave visitors to free fall 150 feet off a bridge and brush up against the Nanaimo River before rebounding up and down.

Budget-conscious visitors to Nanaimo in February will be intrigued to discover that as part of a mental health fundraising and awareness event benefiting the British Columbia Schizophrenia Society, WildPlay Nanaimo is offering substantial bungee jumping discounts. You must, however, jump naked. There appears to be no shortage of potential participants. Tickets for spectators are also available.

11. Surfing in the Bay of Fundy

The legendary Bay of Fundy tides (the world’s highest) generates the tidal bore phenomenon. As the tide comes in, the outflowing Petitcodiac River surges back upstream, generating a tremendous, lengthy, continuous wave. Many courageous individuals take to the water in the hopes of catching one of the exceptionally long waves. According to rumors, some surfers rode the same wave for 25 kilometers (15 miles).

Even if you don’t have the courage to surf the tidal bores, simply viewing the tidal bores is a spectacular sight. It’s incredible to watch the waves run up the river and the river rise so swiftly with the tide. For information on when the bores will occur, inquire at the tourist office or look up the schedule online. Outside the tourist information office in Moncton, there is a great viewing platform.

Canada is blessed with breathtaking natural beauty and some of the world’s top snowmobiling fields. There are miles and miles of well-groomed trails from Ontario to Quebec, with an endless variety of circuits to explore and discover. It’s like being in a winter wonderland!

On one of the many guided snowmobile tours available, enjoy an exhilarating ride while taking in the beauty of the Canadian winter. Choose from single-day or multi-day adventures that are appropriate for both novice and experienced drivers. Expert guides, snowmobile rentals, driving instruction, meals, and housing are all included in the trips.

Each year, around 200 orcas migrate to the north coast of Vancouver Island, BC, where kayaking with these incredible creatures is possible. Whale viewing in Vancouver is a must-do on any trip to Canada.

Telegraph Cove is known across the world as one of the best places to go kayaking with orcas, and there are several tour companies in the region that can take you on this incredible adventure. You can enjoy the magnificent beauty of Vancouver Island while kayaking. Humpback whales, black bears, sea lions, sea otters, porpoises, and bald eagles are among the other local animals to be seen.

Schedule a flight to your favorite destination

Northern Canada’s abundance of lakes, rivers, and pristine natural habitats make it a paradise for the sportsman looking