History of the DHC-3 Otter Aircraft 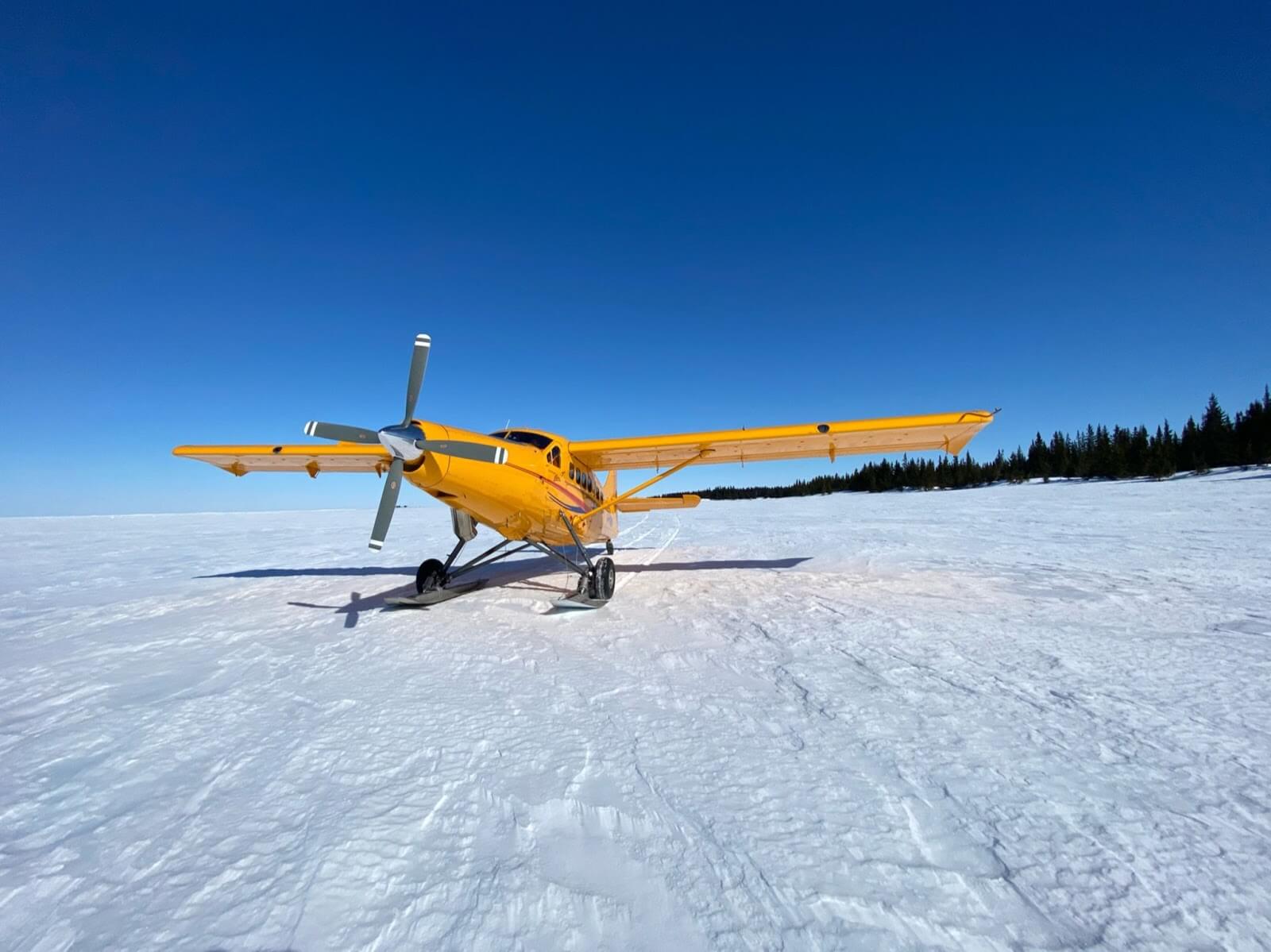 In addition to their great carrying capacity, the Otters are endowed with great reliability and excellent short take-off and landing (ADAC) performance which enables them to fulfill numerous civil and military missions.

Among the bush planes that have enjoyed enormous national and international success is the De Havilland Canada DHC-3 Otter, designed and built by De Havilland Aircraft of Canada in the 1950s.

After successfully bringing the DHC-2 Beaver to market, De Havilland realized that there was a need for a larger, more powerful version that could perform the same tasks as its predecessor.

In this article, we provide an overview of the history of the DHC-3 Otter seaplane with an emphasis on its technical characteristics and its usefulness in the exploration of the Canadian Far North.

Also known as the King Beaver, the DHC-3 Otter’s first flight took place on December 12, 1951 after a year of study based on the development of the DHC-2 models. The aircraft can accommodate up to 11 passengers, an additional 5 passengers compared to the previous version. The DHC-3 is equipped with:

The King Beaver was certified in November 1952. Since then, more than 460 Otters have been built by De Havilland Canada. The civilian version alone has been exported to 36 countries around the world (source).

The DHC-3 De Havilland was used as the basis to manufacture the DHC-6 Twin Otter with two turboprop engines. In order to optimize flight performance, several DHC-3s have undergone some upgrades such as the replacement of the R-1340 piston engine with a Pratt and Whitney PT-6A turboprop.

This turboprop engine greatly improves the power and speed of the aircraft compared to the old star piston engine. The aircraft remains very reliable since the PT-6 turboprop engines have been approved for single-engine IFR (Instrument Flight Rules) flight.

The King Beaver can be equipped with floats in its seaplane version or with skis, which makes it an ideal ADAC for transport service in the Canadian Far North compared to other De Havilland Canada planes such as the Beaver, the Caribou, the Buffalo, the Twin Otter and the Dash 7.

Takeoff and aquatic landing of the DHC-3 Otter seaplane

Due to its technical performance, several aviation companies have participated in improving the DHC-3 Otter. Airtech Canada designed the DHC-3/1000, with a 1000 HP PZL ASZ-62IR star cylinder engine. This version first took off in August 1983.

DHC-3 Otter: A multitude of services

This bush plane is distinguished by its versatile appearance which brought it success in different fields and territories, from the arctic to the desert, through the jungle and the mountains.

A military aircraft of excellence

Between the years 1951 and 1967, De Havilland Canada manufactured 466 Otters. More than two thirds of these planes were sold to air forces, notably in Canada, the United States, India, Australia, Ghana, Burma and Norway.

Currently, the US Naval Test Pilot School in Patuxent River still uses a copy of DHC-3 Otter designated NU-1B, its oldest aircraft in service. The DHC-3 Otter has also been deployed in United Nations peacekeeping missions in Africa and the Middle East.

After withdrawing from the air force, the De Havilland Otter DHC-3 aircraft remains an effective ally for short-range airlift and civilian missions.

Canada was the second largest operator of the Otter for:

For proof of the high quality of this type of aircraft, just look at the market prices of DHC-3 and its later version, the Twin Otter DHC-6, which is bought and still sells for a resale price twenty times higher than its original price.

Seaplane: the best means of transportation to get to the Far North of Quebec

To discover the rich nature of the Far North of Quebec and travel to remote and inaccessible regions by road such as Nunavik, seaplane is the best means of transportation.

The DHC-3 seaplane allows you to:

Adventure in the Far North of Quebec

What can be done with the DHC-3 De Havilland seaplane?

Thanks to Air Tunilik’s seaplane service, you can access thousands of lakes, rivers and outfitters for a unique and exciting fishing or hunting experience. Here you can find the species most sought after by fishing enthusiasts such as trout, arctic char and Atlantic salmon.

“Quebeckers must realize that we have beaches here. We have outfitters and places that are even more beautiful than resorts in the South or cruises that crowd 4,000 people on the same boat, ”says with passion Simon Contant, president of Air Tunilik since 2014 (source).

Through Air Tunilik’s bush planes, you can also organize group canoe trips in collaboration with specialized agencies such as ABV Kayak to escape to the magnificent regions of Greater Quebec.

With more than 18 years of experience, Air Tunilik has the most efficient aircraft to access the territory of the Canadian Far North. Whether on the DHC-3 Otter, the DHC-3T Turbo Otter or the DHC-2 Beaver, our seaplane fleet is modern and equipped with satellite phones.

Supervised by a young president who loves the North, all Air Tunilik pilots are knowledgeable and have experience traveling to northern regions. To fly to the Far North of Quebec and explore countless must-see destinations in complete safety and comfort, trust Air Tunilik as your air travel partner.

Get additionnal information
Previous
Next

Northern Canada’s abundance of lakes, rivers, and pristine natural habitats make it a paradise for the sportsman looking