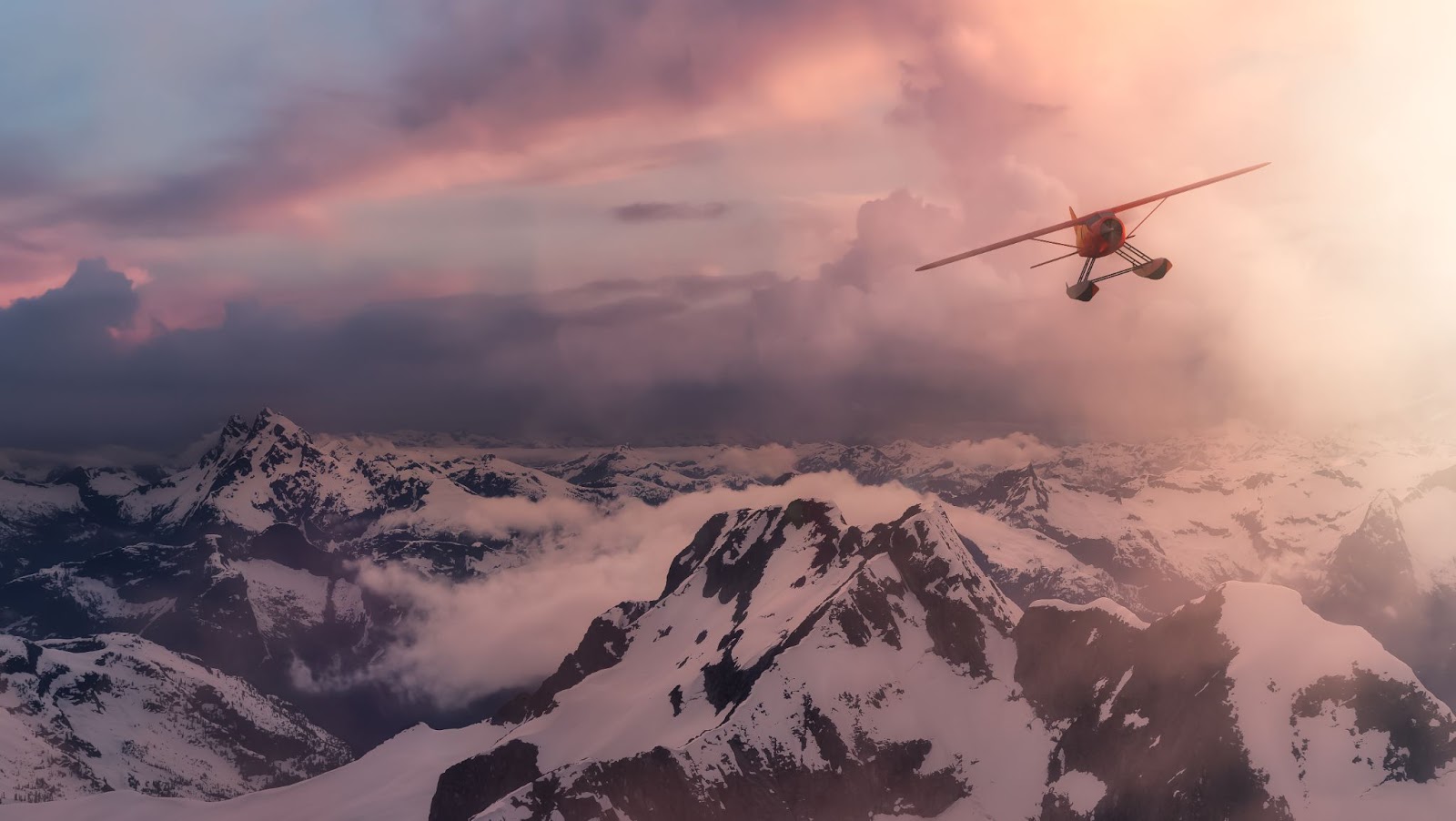 Since its inception to the world of air travel more than 100 years ago, the seaplane has seen its fair share of action. The flying boats of the past were useful assets to the military during World War I, and after the war seaplane pilots found commercial success by flying people and goods to places unreachable by other methods.

Nowadays, seaplanes are used by scientists, air-sea rescuers, and many other professionals making a living by diving into the wild. Those interested in experiencing what seaplane travel is like can have a taste of the real thing via panoramic seaplane flights, with expert pilots flying them across spectacular vistas.

According to a study performed by the Transportation Safety Board of Canada (source), a very common contributing factor to seaplane accidents is the pilot’s level of skills, abilities, and knowledge. A seaplane and its floats are safe as long as the pilot is capable of properly handling the aircraft.

This study examined 1,432 seaplane accidents that happened between 1976 and 1990. Accidents were separated into four categories, depending on the phase of flight where they happened: During take-off, standing and taxiing, en route, or while approaching and landing.

Why do accidents on seaplanes happen?

Most of these factors relate to a pilot’s lack of judgement, experience or inadequate training. The study also made a distinction of pilots according to their flight experience, and as you can expect, experienced pilots fared incredibly better than their novice counterparts.

The very nature of seaplane travel demands a lot of energy and wit from whoever is piloting the aircraft. Surfaces to land and take-off are not marked on the ground and seaplane travel is often the method of travel to places that are not easy to brave by land, sea, or air.

The majority of accidents on seaplanes happen to pilots with less than 100 hours of flight time, meaning experience is a key factor in determining the chance for accidents. Many novice seaplane pilots may have not yet gotten accustomed to flying a vehicle with different properties from more conventional aircraft, and the basic training required to be eligible to fly a seaplane doesn’t necessarily prove their abilities to the full of their capacity.

One must be quick on their feet when dealing with abrupt changes in weather in remote locations. There is no control tower to radio in for help in the wilderness, and pilots must be able to rely on their intuition to make it through tough conditions.

How many floats are under a seaplane?

Most types of seaplane possess two floats, but other possible layouts exist.

The Nakajima A6MN2-N, a Japanese World War II amphibious plane, is an example of a seaplane with only one float. Its lighter weight and very small frame allows it very good speed and handling in both air and rough waters, making it an effective plane to aid in defensive operations and to harass American patrol torpedo boats.

Despite making the aircraft heavier and harder to handle, most seaplanes possess two floats because of the benefit it brings to the overall stability of the plane. A two float design makes it easier to board and to moor the aircraft and corresponds with design principles commonly seen in most air vehicles.

The word seaplane is often used to refer to two distinct types of aircraft: the floatplane and the flying boat. Even though both can land, take-off, and operate from water, the gist behind their designs is quite distinct.

Floatplanes are based on conventional light aircraft, with floats fixed under the fuselage instead of wheels. The slender look of the floatplane has been designed with buoyancy in mind. It is common for small aircraft to be repurposed into float planes by making modifications to add the floats and other necessary implements.

The floats are interchangeable with wheels in many floatplane models. This allows the aircraft to take off and land from both land and water. Other models, like the amphibious variant of the D.H.C. Otter, have retractable wheels attached to the floats.

Since their invention, floatplanes have been used to maneuver through landscapes too treacherous for other methods of transportation. In the past, the military forces of several countries took advantage of the amphibious nature of the seaplane plus its small frame. These qualities made it a suitable aircraft to mount a torpedo launcher on.

The flying boats’ main difference from floatplanes is that their fuselage has been built with the purpose of staying afloat in mind. Floats and other winglike structures known as sponsors are placed on the sides of the flying boat to make sure it stays stable on the water.

The flying boat is much larger than the floatplane, as it was one of the largest planes ever designed until World War II. During the war, British flying boats were documented as being efficient in hunting German U-boats and lethal to German float planes in dogfights.

Take a look at our seaplanes

A seaplane operates like any other aircraft, with the perk of being able to take off, land, and float on water. Seaplane floats help a seaplane go sailing and taxiing through the water just like a boat, by steering with the help of a rudder connected to the rudder pedals inside the aircraft.

Balance is kept with the use of structures known as keel and skeg, which prevent the seaplane from tipping over the water. The keel will keep the ship steady from port to starboard, while the skeg does the same from bow to stern.

When pilots accelerate, the bottom of the float is lifted. This prevents friction from the water to slow the aircraft down. Seaplanes require a propeller that can produce more thrust during take-off than other similar-sized planes do, as lifting a floatplane or flying boat takes more horsepower than what a land-based aircraft needs.

What permits seaplane floats to work is a physics principle known as buoyancy, which basically states that an object must be less dense than water to float on it. The shape of all water vehicles must take buoyancy into account. Thanks to the marvels of engineering, even vessels made of heavy materials such as oak or steel can be buoyant.

Can a seaplane land on any body of water?

A seaplane can land on any body of water, as long as the pilot doesn’t put any people or property in danger when operating the aircraft. Seaplane pilots should stay on public bodies of water when landing, sailing, taxiing, and taking-off, to avoid trespassing on private property.

A huge advantage of all types of seaplane over helicopters is the legroom. Seaplanes can carry larger loads and more passengers than what can fit in a helicopter. Even though helicopters may have more potential destinations in general, it is less common for seaplane flights to be canceled due to bad weather. Plus, seaplanes don’t require helipads or open terrain to land.

Sometimes research must be performed at locations that are very remote and hard to reach by other means of transportation. Seaplanes can land on any kind of body of water, making them ideal to reach areas cut from the world with lakes and rivers nearby. Professionals from several disciplines, from geologists to marine biologists, can explore those hard-to-reach nooks and crannies of the world by getting there on a seaplane.

Skilled seaplane pilots can provide firefighting services to assist in putting down forest fires. Able to traverse through the harsh environment, they can quickly ferry firefighters and equipment where no other form of transportation can reach.

Come Fly With us

Air Tunilik can take you to discover the most beautiful landscapes that Quebec has to offer. Cruise through the Mingan archipelago or see the fishing villages and sandy beaches of Natashquan from above. Fly between the mountains and marvel at the scenery. Don’t lose the chance to glide into the wide blue yonder and discover the most breathtaking vistas on the wings of a seaplane. 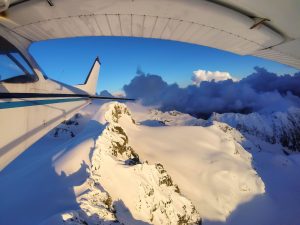 How do ski planes stop?

Canada is one of the most beautiful countries in the world with plenty to discover. It is rich

How much is a ski plane?

Ski planes are a fairly unusual vehicle when compared to other modes of transportation. However, there are some

Do seaplanes fly in rain?

A great deal of Canada’s allure lies in its dramatic, and sometimes extreme, weather conditions. Apart from the