Northern Canada’s abundance of lakes, rivers, and pristine natural habitats make it a paradise for the sportsman looking for the best places to hunt and fish. In this guide to Canada’s fishing seasons, you will find a general overview of what to expect from a fishing trip taken during different times of the year.

The best time to fish in Northern Canada depends on the expectations of the sportsman. The changing of the seasons brings in striking differences in the abundance of fish in shallow waters, the species of fish that can be caught, and weather phenomena, among other factors.

The early season begins with the thawing of the ice and corresponds to the end of May and the month of June. Usability to bodies of water during this season will largely depend on the severity of the winter, as there is the possibility of limited access to certain areas due to ice blocking the way. The unpredictability of spring weather means that some days will see temperatures of over 25º C while during others it will decline to an average low of 10º C.

Snow will seldom fall during this season, but one can expect rain to be plentiful. Nonetheless, this season is very popular with fishing enthusiasts due to the abundance of fish in shallow waters. Fish will feed very aggressively in the shallows of cold waters during this season and will be easy pickings, so many consider this to be the best time to fish in Canada.

Starting in July and lasting through August, mid-season is characterized by hot summer days and more predictable weather. Planning a fishing trip during this season requires different strategies than going fishing during the early season, and certain locations become more viable for catching fish in the summer than in spring.

July is a great time to go fishing, as waters may still be cold enough for fish to remain in the shallow water while the more agreeable weather works to the benefit of the sportsman. If you want to catch something really big, mid-season is your best bet.

Even though many veterans will say they can catch more fish during the early season, fishing during this time of the year gives way to enjoying other leisure activities like camping under the clear night sky and the northern lights. You can even organize a canoe trip to the Northern wilderness and get there by seaplane to discover the best fishing spots far away from civilization.

The falling of leaves during the month of September marks the beginning of the late fishing season. The weather during this season begins to cool off, and with cooler waters, fish that remained in the deep during the summer months begin to prop up again. This is pre-spawn season, which means the fish are getting ready to mate and move to their spawning grounds in winter.

The average temperature may drop below the 10º C threshold, but warm days over 20º C are still a common occurrence. Rain is plentiful during fall and can be expected to fall during most of September, so plan your fishing trip accordingly.

What type of fish can you catch during different fishing seasons in Canada?

Some species of fish can be caught throughout most of the year. Nevertheless, fishing during different seasons requires fishermen to change their strategies, depending on what species they’re looking forward to fish. How cold the water is and where a fishing spot is located are determining factors when deciding what fish you’ll find.

Northern pikes are very well adapted to cold climates, so they can be caught even in the cold winter months. Other fish that thrive in the cold are perches, walleyes, bluegills, and crappies. The crown, however, goes to trout, as their high metabolism allows them to freely swim in the cold.

This is one of the best fishing seasons to catch northern pike and walleye, as these fish will remain around their staging areas for some weeks after the melting of the ice. During this time of the year, fish prefer to feed and congregate in cold, shallow waters, making it easier for sportsmen to spot and catch them. Not only will they be more plentiful, but their voracious appetite will also make them more eager to bite into your lure.

If you want to take a photograph with a catch big enough to drop the jaws of the in-laws next holiday season, then you should consider planning a fishing trip during summer. It is reported that at around 18º C, a temperature commonly reached during a summer morning, one can catch 30+ pound pike and reel in other big fish. Fish diversity in freshwater is at its most abundant during summer.

Late September is an ideal time of the year for catching lake trout, as they prefer cold waters at or below 10º C. Other popular fish to catch during fall are salmon, northern pike, walleye, and small- and large-mouth bass. As this is pre-spawn season, many fish will be aggressive in their eating patterns, turning them into easy prey.

What are Canada’s recreational fishing regulations?

Recreational fishing in Canada is regulated by a joint effort between federal, provincial, and territorial governments. The exact roles and regulations exercised vary between regions. Fisheries and Oceans Canada (DFO) provides online resources for those who wish to know more about the fishing regulations in a particular area.

The management of most of Canada’s marine species is handled by the federal government. Anadromous and catadromous species located in inland waters in some areas, however, have their management underseen by other authorities.

Freshwater species are considered the responsibility of provincial and territorial governments. Certain species are subject to special regulations, as is the case of the salmon in British Columbia. There are several collaborative measures between the federal and provincial governments to keep salmon fishing sustainable for both economic and environmental reasons.

Those wishing to fish in Quebec, for instance, must take heed of variations to the rules in the 29 different fishing zones the province comprises. Regulations vary between the time of year and depending on the species of fish native to the fishing zone.

Basic regulations that are unanimous along the province are:

More information on the regulations of fishing in Quebec can be found on the tourism and recreation’s section of the province’s website.

Organize your fishing trip in Quebec with Air Tunilik and fly by seaplane to one of Quebec’s 600 outfitters. Outdoor sportsmen looking for a great time will have a once-in-a-lifetime experience seeing the beautiful natural diversity of the Canadian territory from a bird’s-eye view.

Flying by seaplane gives you access to outfitters that are unreachable by any other means of transportation. The North Shore, the Otish Mountains Park, and Nunavik are examples of places in Quebec that not even those born and raised in the province are familiar with. Exploration of these areas is made possible thanks to seaplane transport services, so you can plan your trip to places only the most daring of explorers set foot.

Air Tunilik works in tandem with outfitters all over Quebec to boost tourism in the region. Not only do passengers fly comfortably alongside their gear at over 100 miles per hour, but those interested in taking a canoe or rowboat with them will also be delighted to learn these can be attached to the outside of the aircraft.

Fishing season with Air Tunilik starts as soon as the ice melts. Seaplane services are available starting in June and operate until October/November when winter freezes the water. Depending on the outfitter, enthusiasts can fish northern pike, speckled trout, Atlantic salmon, and many other species. 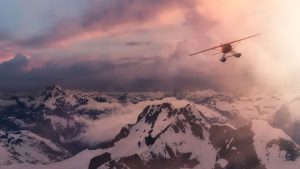 Since its inception to the world of air travel more than 100 years ago, the seaplane has seen